The Wisconsin Robotics Seminar Series (WRSS) is a monthly event hosted by Prof. Bilge Mutlu from the department of computer science at UW-Madison as part of the NASA University Leadership Initiative funded project “Effective Human-Robot Teaming to Advance Aviation Manufacturing”. The presentations and discussions are aimed to highlight challenges and interesting research across a range of topics in robotics. Anyone is welcome to join!

The seminar is hosted on the first Friday of every month at 12pm CT for one hour. The format is a 45 minute talk followed by a 15 minute discussion.

The seminar is live-streamed on youtube. You can join our email subscription list to hear about upcoming talks and get the streaming link. Previous talks are available here.

Remote Surgery over the Internet: What could go wrong? 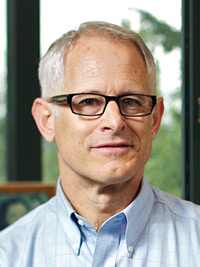 Covid-19 has dramatically increased acceptance and usage of telemedicine. Two frontiers of telemedicine remain 1) extending its capabilities to invasive procedures and surgery and 2) leveraging telemedicine to increase access to care for dispersed rural populations. This talk will review some prior work on remote surgery technologies and more recent preliminary results on assessment of suitability of today’s foreseeable internet links between urban medical centers and rural hospitals. We report a system to measure internet speed (chiefly latency) under workloads which are realistic for anticipated surgical robotic caseloads and over extended periods of time (to characterize very rare events).

Blake Hannaford received the B.S. degree in Engineering and Applied Science from Yale University in 1977, and the M.S. and Ph.D. degrees in Electrical and Computer Engineering from the University of California, Berkeley. From 1986 to 1989 he worked on the remote control of robot manipulators in the Man-Machine Systems Group in the Automated Systems Section of the NASA Jet Propulsion Laboratory, Caltech and supervised that group from 1988 to 1989. Since September 1989, he has been at the University of Washington in Seattle, where he is Professor of Electrical & Computer Engineering. He was awarded the National Science Foundation’s Presidential Young Investigator Award, the Early Career Achievement Award from the IEEE Engineering in Medicine and Biology Society, and was named IEEE Fellow in 2005. He was at Google-X / Google Life Sciences / Verily from April 2014 to December 2015. He developed the Master of Science in Technology Innovation Robotics Degree Option at the GIX program in Bellevue WA from 2018 to 2020. His currently active interests include surgical robotics, surgical skill modeling, and haptic interfaces.